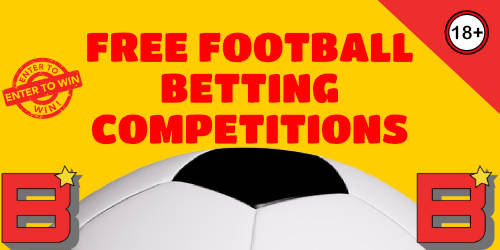 The quest for greater popularity, brand recognition and ultimately more market share continues to play out between the major bookmakers. Profits are substantial and there’s a lot to gain by continuing to grow.

As such the big players in the market have started to cotton on to a trend of offering free betting competitions that puts players in with a chance of winning (in some cases) life changing amounts of cash.

Sounds too good to be true, but there are a number of games sports fans can play each week, absolutely free to make their sports viewing more engaging, interesting and entertaining.

These free betting games are essentially a type of loss leader for the bookmakers. They offer them out in the hope of attracting users to play and then also place bets by flashing up betting odds within the free games that relate to the users chosen selections.

There are no requirements to place any real money bets, but of course users can do so if they wish to. That choice is entirely down to the user. So no matter if you are looking to spice things up in an event without risking any cash, or in need of some inspiration for your bets – these types of competitions are just the job.

Ladbrokes offer a weekly free game, whereby users have to attempt to correctly predict three specific score lines from televised football matches. The games are set by Ladbrokes and usually include weekend fixtures that occur after the Saturday 3pm kick offs. However this is not always the case.

It is worthwhile checking in on Ladbrokes mid-week to see if there is a competition being offered – especially on European weeks and international breaks.

A maximum prize of £100 in cash is up for grabs to those who correctly predict all three results. Prize breakdown is as follows

I am yet to achieve the £100 top prize personally, but have frequently picked up some free bets by correctly predicting one or two. 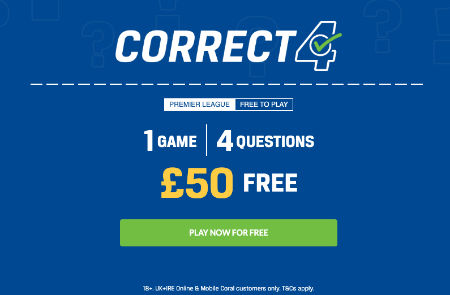 Coral are offering a free game with a maximum prize of £50 cash for correctly answering 4 questions about a weekend Premier League fixture – usually the Saturday 5:30pm game.

Players are also aided by the fact the questions are multiple choice with only 4 possible answers to choose from. This gives players a 25% chance of being correct on each answer. 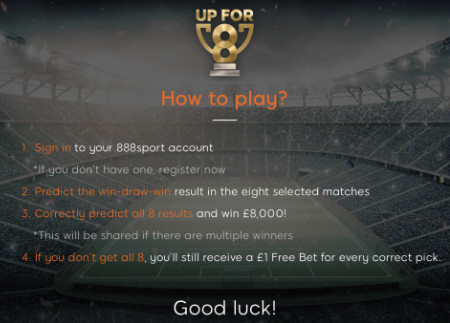 A nice little consolation prize to those who don’t correctly predict all eight is a free £1 bet for every correct prediction made.

You can check out my predictions for the current round from the image below.

My Up For 8 Predictions

Betway give registered users a completely free game that gives them the chance to walk away with up to £250,000. With such a lot of money up for grabs it’s safe to say the game isn’t easy, but is still fun to get involved in.

A no-nonsense game here whereby players have to correctly predicted the four first goal scorers in set games from the premier League or international matches. The jackpot is set at £25,000 and if there is no winner, there is no prize.

The £25,000 is then rolled over in to the next week and will continue to roll over (as long as there are no winners) up to a maximum jackpot of £250,000. No second places, no consolation prizes – it’s all or nothing.

You can do all the research and get your head buried in to the stats to make informed selections or for those who just want to get involved who lack any real knowledge there’s a handy random selector button that will generate selections for you.

Betway are a good all-round bookmaker and as such find themselves in our top rated betting apps list.