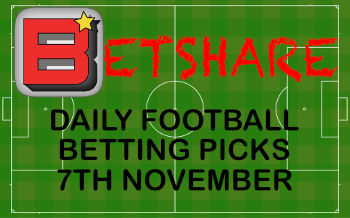 Lots of Europa League fixtures this evening makes way for some good acca opportunities with 23 games in total taking place. These are;

I’m one that likes to place accumulators that contain all games starting and finishing at the same time. With that said I’m therefore going with an early kick off acca and a late kick off acca. As the Astana v AZ fixture has a stand-alone kick off time, I will be excluding this from my considerations.

For those that are interested in that match – AZ is the obvious choice after punishing Astana in the home fixture of this competition with a 6-0!scoreline. Not much value in the odds though for the AZ away win which was best priced at 1.61 at time of writing.

Some very tight games restricts my early acca to a fourfold including selections Lazio, Krasnodar, Sevilla and Basel to win.

Lazio lost to Celtic at Celtic Park but hold an impressive home record both on the European stage and domestically. I see this being a very tough game for ‘The Hoops’.

Coral has some interesting price boosts that may be of interest to you specific to the Lazio v Celtic game. check them out below. 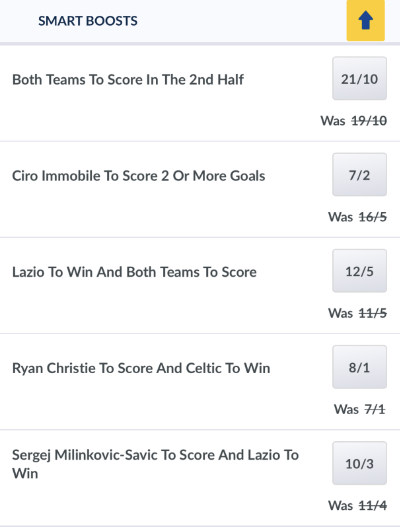 Sevilla should have no problem whatsoever in despatching Dudelange and although unfortunately this is reflected in the odds (1.25) It still adds to the overall return and is a nailed on winner.

Krasnodar still have hopes of qualification and could keep them alive by snatching all the points here. They achieved a 2-0 victory away from home last month so will be full of confidence and belief they can repeat, if not better that result here.

Basel won a very interesting affair against Getafe when they played last month by the narrow margin of 0-1. The game was a feisty, hard fought battle that Basel were able to see out despite being the away team and despite being down to ten men for the last 20 minutes of the match.

Decent odds here in my opinion at 2.9 and boosts the total return up very nicely indeed. The cards market is also worth a look at for this particular fixture. Their last meeting saw 13 yellow cards fished out in total – including two to one player!

Best return on this particular fourfold was with betfair at time of writing at 9.66.

Wolves and Man United are included due to the obvious home country bias, but also due to Wolves morale boosting start to this European campaign and some recent positive results boosting camaraderie and belief within the United camp.

Roma will feel like they were robbed against Monchengladbach last month when they conceded a 95th minute penalty that was converted resulting in the points being shared. Roma.

The Italian team have the opportunity to keep themselves at the head and the Germans at the foot over the table by producing a win away from home here. After some good away performances so far this season in Serie A, I feel a win here is more than plausible.

St Etienne are desperate for points here after failing to win their opening three European matches. They find themselves bottom on goal difference with Oleksandria who have both managed two draws and one loss so far.

Saint Etienne cannot afford to be complacent here, nor can Oleksandria. However I see the the French side as being the more experienced and skilful and therefore I see them bagging all three points here.

Topping the group are Wolfsburg and Gent who face off against each other this evening. Both are in 5 points but after Wolfsburg got drummed by both Leipzig and Dortmund in their last two matches (conceding 9 goals in the process). Both tough games and I see it unfortunate that now agent face a very angry Wolfsburg team who also hold the home advantage and have some making up to do to their loyal fans.

Coral were offering best priced at the time of writing from my research and were priced at 22.70.

Check out our racing tips

We have lots of horse racing tips available on the site, provided by multiple tipsters with varying styles. Check out which tipsters are on red hot form and feel free to follow their picks for the upcoming races. Take a look at our horse racing tips here.