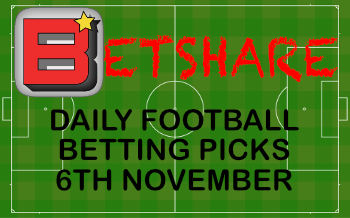 More Champions League action this evening with another 8 games scheduled. Read on below to check out the games and where I see the value from the bookmakers.

There’s also a late afternoon kick in the Europa League

I’m seeing value in the three selections of Juventus, Man City and Atletico Madrid to win.

Both Atletico and Juventus are in the same group and are equal on points with seven. They have a four point cushion at this stage and will know that another three points in their respective games here will have them both sitting very pretty indeed.

Man City are holding value and it may well be the case that Guardiola has one eye on the Liverpool clash at the weekend. However after putting 5 past Atalanta back on the 22nd October at the Etihad, I have confidence Pep will get his tactics right to walk away with three points here at minimal risk.

The treble was priced at 7.15 with Coral at time of publishing

Personally I see the Red Star Belgrade to win price of 17/4 as good value. Now I’m sure the Spurs fans out there won’t be enthralled with this selection, especially as Spurs beat Red Star 5-0 in their last matchup on 22nd October.

However I feel that Belgrade is a very intimidating place to go for any team, especially foreign ones. Red Star will be fired up and with their fans behind them may well opt for a tough physical game. After the Gomes incident at the weekend it’s difficult to predict how much that will affect the Tottenham player’s mentality in terms of how they deal with such hostility and physicality.

Spurs have shown a clear weakness this season already away from home with their last away win coming in the semi final of last years Champion’s League campaign back in May. Spurs have failed to win in 17 of their last 19 competitive away games, including a 3-0 loss to Brighton and being dumped out of the League Cup by League Two Colchester.

17/4 on the Red Star Belgrade win was being offered by Coral at time of writing. Odds are subject to change.

How about an odds boost? 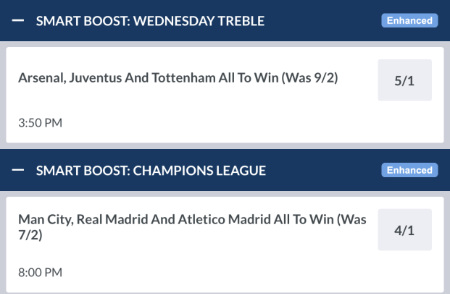 Here on this page are my personal football picks. You will also find on the site lots of horse racing tips, backed by our resident tipsters. You can track their success rates and view their tips for upcoming races FREE from our Twitternaps section

Fancy yourself as a bit of a football tipster or looking for a bit more recognition across social media? Get involved with our Footienaps section and compete for the ultimate betshare Gold star accolade.