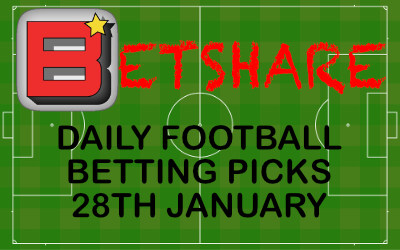 A decent amount of football on today, with a full line up of EFL fixtures. There is of course, also the second leg of the Carabao Cup semi final between Aston Villa and Leicester City. There’s also a few Scottish FA Cup matches, as well as cup matches From Italy, The Netherlands and Spain. I have focussed my attention on the League Cup and Championship fixtures and found some very good value here and there. Check out my selections for each Championship game below with full justifications given for each pick. 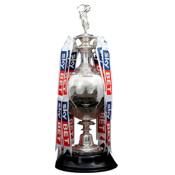 A tie that may we’ll be seen by many as  a hard game to call with both teams showing the capability of turning over any Championship side. The problem here is the lack of consistency. That said, I feel there is an edge to one side that provides a little value in the betting markets.

Blackburn are the team I fancy due to the poor form QPR have shown in their last three games on the road. I’m expecting Blackburn’s confidence to be high after destroying Sheffield Wednesday away from home 0-5 – a team that has been in sparkling form of late.

The result was somewhat flattering as Wednesday saw themselves down to 10 men after ex QPR player Massimo Luongo saw red in the 23rd minute. However Blackburn executed what they needed to do well and I’m sure the result was a morale boosting performance nonetheless.

Both teams are finding the back of the net frequently so the both teams to score option seems like a sensible way to boost up those odds a little.

Brentford look good value in the betting markets for the win in my opinion. Despite not grabbing a win in their last two games, Brentford are on a 7 game home winning streak when taking away their home defeat against Leicester in the FA Cup in their last match. That includes 17 league goals scored vs 3 conceded.

That brings me to the conclusion that Brentford to win to nil also holds good value.

Forest have only seen one win in their last five away games which, when put up against an in-form home team reeks of not much being produced from the away side.

Brentford to win to nil = 2.62 with BetVictor

A game here that I feel holds good value in the “to draw” selection. Cardiff have proven to be quite formidable opponents at home this season and West Brom are certainly no pushovers away from home.

West Brom have suffered a dip in form, despite still being top of the table. They have failed to claim a win from their last 6 league matches, including most recently a 0-1 defeat to stoke at the Hawthorns.

Cardiff have become somewhat draw specialists, having drawn 4 from their last 5 matches. They have also drawn their last 4 games consecutively at the Cardiff City stadium – games that included teams above them battling for playoff positions.

The Hull win here is the sensible option in my opinion as the odds suggest and at around evens, holds good value. Both teams have suffered losses of late, but in somewhat differing circumstances.

Hull have seen losses to credible opponents such as 3rd place Fulham and Derby County. Huddersfield have lost to 19th places Stoke and Barnsley in the relegation places at 22nd.

Huddersfield have been haemorrhaging goals and scoring few. Comparing that to Hull – who have been less clinical recently, but right at the back. Therefore a 2-0 score line looks like a likely outcome to me to the home side.

The bookies are fancying the Leeds win here, but recent form is swinging me towards the better priced draw option from the outright market.

Leeds have lost their last three games on the bounce and failed to score in all of them. They have also only managed to win only once from their last 7 league games.

Millwall have found themselves shooting up the table after a strong spell of form. They are now undefeated in the league from their last 6 games, including 4 wins. They have also transformed eight games without an away win in to a dig game undefeated streak on the road (3 wins, 3 draws)

Leeds hold the home advantage here. If they didn’t I would probably fancy the Millwall to win – maybe adding the draw no bet insurance too. However as the game is at Elland Road, I see the more likely outcome being a point shared by both teams.

I’m very surprised to see Derby priced up above evens here. I’m more than happy to back them at this price.

Luton are rock bottom of the league and are getting thumped by pretty much everyone. They have lost 9 of their last 11 league games and find themselves on a -27 goal difference total.

Derby are in a period of recovery after suffering a diabolical Decemeber. Between late October and Christmas Day, Derby had only managed to attain 8 points from the 10 league games between that period. Since then, the Rams have achieved 11 points from just 5 games.

The reason Derby are so well priced is because they have not won away from home now for 12 league games consecutively. I’m sure this has been picked up on and this is the perfect opportunity to instil confidence in the Derby players outside of Pride Park.

I’m expecting Derby to win and to win big.

The Owls did suffer a shock heavy defeat to Blackburn (5-0) in their last game but that can be partly justified by a red card early in the first half. Sheffield Wednesday have had their ups and downs recently, but most of the downs have appeared at Hillsborough. They have won 4 of their last 5 games away from home. Wednesday players will also receive a boost by beating Leeds at Elland Road in their last league match.

Wigan have been nothing short of shocking both home and away. As such they find themselves second from bottom, 6 points away from escaping the relegation places. They have only witnessed one win from their last 16 league games.

A win here for Sheffield Wednesday will see them extremely hot on the heels of those within the playoff positions and that is the outcome I fancy.

Sheffield Wednesday to win = 2.60 with most bookmakers.

A tough game to call this and one I certainly won’t be adding to any accumulator. I see all three outcomes of home, draw, away being plausible. Arguments exist within the statistics to justify all three choices.

Both teams lack consistency, although Reading are now undefeated at home in 5 matches (including cup and league games). However three of those matches ended as a draw.

Bristol have shown that they can despatch the teams at the foot of the table easy enough, but struggle against those middling and towards the top.

Bristol find themselves in the better league position, located in 9th and just 2 points shy of the playoff positions. Reading are 15th, 7 points behind Bristol City. That is leading me to believe that Bristol will be the hungrier of the two teams to win the three points.

This Bristol win is also the better priced option and hold odds very similar to the draw selection.

Bristol to win = 3.4 with most bookmakers. 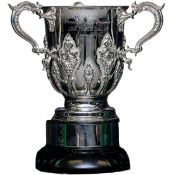 Leicester to win is the only outcome I see here. Not much value in the odds for this particular selection, but a highly likely outcome when looking at current standings.

Leicester are sat quite comfortably within the Champions League places and don’t hold out much hope of overtaking Liverpool. Therefore I can see them taking this game quite seriously and see it as a genuine opportunity of picking up some silverware this season.

Aston Villa on the other hand will have to keep one eye on the league as they find themselves only two points adrift of the relegation zone. They also face Bournemouth in their next league fixture on the 1st February, who are one of the teams that sit two points behind Villa.

Rodgers has also confirmed that Vardy will have a part to play, be that starting or coming in from the bench. This pretty much confirms to me that Leicester are gunning here for a win at Villa Park.

*ALL PRICES SHOWN ON THIS PAGE WERE CORRECT AT THE TIME OF WRITING AND ARE SUBJECT TO CHANGE.

Betting On The Horses?

If so check out our TwitterNaps section. Here you will find a number of specialist horse racing tipsters sharing their best picks of the day. You can even check each tipsters performance across previous days. Check it out.