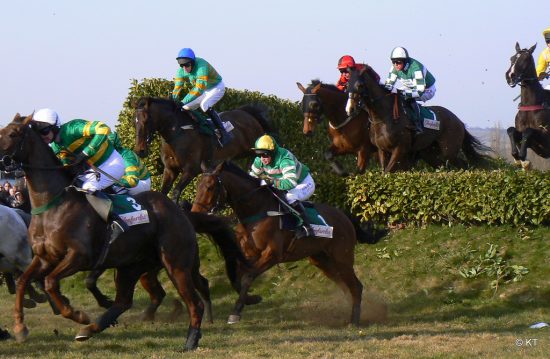 It’s a new year, and that means one thing and one thing only; the countdown is on for this year’s Cheltenham Festival. As one of the most anticipated events on the U.K. racing calendar, Cheltenham is second only to The Grand National in terms of prize money and public interest. And with the bulk of the horses racing out of Irish and British stables, the festival has taken on an Ireland-versus-Britain feel with the most enthusiastically-contested and eagerly-anticipated race being the Gold Cup.

So, who are the favourites of the biggest races? Well, as you know, anything can happen over the next couple of months, so it’s hard to predict how the races will go. But let’s look anyway.

In the Champion Hurdle, Yanworth is looking like a safe bet as he has yet to suffer a defeat over two miles. With Mark Walsh booked for the ride, Yanworth just pips Brain Power as our favourite. And with many of this year’s runners under-performing, the inexperienced Brain Power has a shot at placing and possibly even outpacing Yanworth.

In the Queen Mother Champion Chase, Willie Mullins’ Douvan isn’t much competition against him in the way of serious competition. In an ordinary season we, along with every other racing tipster in the land, would expect Ruby Walsh to ride him to an easy victory. However, having been out injured, there are question marks over Douvan, with Altior looking like the safe bet should Mullins’ superstar horse run into any trouble.

The Ryanair Chase pits Un de Sceaux against both Top Notch and Fox Norton. Although it will be an interesting run with Un de Sceaux as the favourite, Fox Norton should not be dismissed out of hand. Winner of the Punchestown Champion Chase and runner-up at Cheltenham last year, he’s a good horse with plenty of potential. And while some tipsters are giving Top Notch a fighting chance, we’d have to disagree. He’s never won at Cheltenham, so we just can’t see it happening to him.

The Stayers’ Hurdle doesn’t look like it will be a classic this year, although that depends on how you look at it. There’s no standout favourite, so while it will make for an exciting race, backing a winner is a long shot. Sam Spinner, L’Ami Serge, Unowhatimeanharry, Finian’s Oscar, and Willoughby Court. Take your pick as all have a good shot at placing.

Everyone’s favourite for the Gold Cup was Thistlecrack, who had to withdraw from last year’s race. Unfortunately, this is not to be his year either as once again, injury has ruled him out of the race. That leaves the field wide open. At 12/1, Native River is an enticing bet, but we’re not sure how long those odds will last. Yorkhill also looks like a tempting bet at 8/1, and with Ruby Walsh tipping him as a winner, you’d fancy his chances despite the highly competitive field. The safe bet though will probably go on Might Bite and Sizing John.

Of course, as we mentioned earlier, these odds and even the runners for the races will change a lot in the coming month. Just look at Thistlecrack; big things were expected of him this year, but at this point, he may never get his chance at the Gold Cup again. Whatever happens, though, the Cheltenham Festival always turns out to be brilliant.

On The Ball App