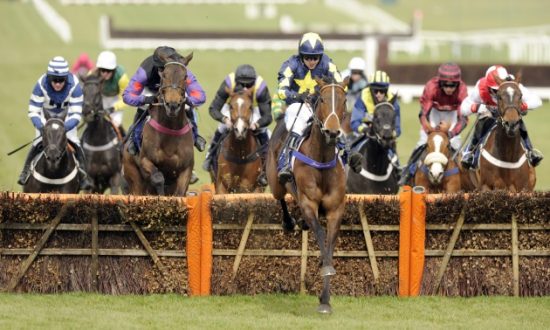 The second day of the Cheltenham Festival kicks off with the Ballymore Novices’ Hurdle over 2 miles 5 furlongs, the market is headed by a potential superstar in SAMCRO. He was purchased for an eye watering £335,000 after winning a point-to-point and has not tasted defeated in any of his six races in bumpers or hurdles. He has always been held in the highest regard by his trainer Gordon Elliott, the visual impression he leaves in his races is that he is still in third gear. His form has a solid look to it and he is a worthy favourite as well as another odds on favourite!

Willie Mullins has fourteen horses still entered in the race and he’s responsible for the second favourite NEXT DESTINATION who’s top price is 6/1. Fourth in last years Champion bumper he is undefeated over hurdles, his form is decent and he has a lazy style of racing which makes him hard to assess for me.

DUC DES GENIEVRES chased Samcro home over 2 miles on his last run and before that was third behind Next Destination when he likely needed the run. This will be only the fourth run of his life and he will have improvement to come, an interesting runner if he takes up this engagement.

SCARPETA is another Mullins runner, this ex flat recruit has achieved a good level in his two hurdle runs to date bolting up on his last run and can be backed at 33/1. That form has been franked but took a knock last weekend when the horse he beat Cartwright failed to follow up his win in a grade 2.

BLACK OP was sent for home a long way out on his last run at Cheltenham on heavy ground. If he hadn’t made a mess of the last he may still of won but he was worn down in the last 100 yards, even so there was 28 lengths back to the third. A 16/1 chance, BLACK OP would be only the second horse older than six to win this since 1977!

VINNDICATION available to back at 20/1 is the apple of trainer Kim Baileys’ eye. Undefeated after four runs, three over hurdles, he is a horse who i find difficult to know how good he might be but he jumps well and has a good attitude. His defeat of the highly touted Champ at Ascot is probably his best bit of form.

ON THE BLIND SIDE runs for Nicky Henderson’s and Alan Spence. This is a horse who needs to be ridden along but he finds loads off the bridle. He’s a point winner and has won all three of his hurdle runs in commanding fashion. There’s a possibility that he might get done for speed before finishing strongly up the hill, the biggest price you will find for him is 6/1.

€270,000 purchase VISION DES FLOS is one of two possible runners for Colin Tizzard. After 3 disappointing runs the penny dropped at Exeter when cruising clear to score by 31 lengths but what did he beat? Nothing is the answer but his Punchestown bumper win is strong form, 25/1.

If you haven’t backed SAMCRO already then you have missed the boat, there’s no sense in backing him now at odds on, I suspect he will win well. I’ll be having a go at getting the tricast up but if there is a bet in here for me it will be each way on DUC DES GENIEVRES at 14/1.